A day to celebrate love

Kuyakuykim (I love you): A day to celebrate

At ieb Translation Services we love languages. Working with words makes us aware of their importance and power. Behind every language there is a nation and its culture.

This February 14 we want to celebrate love by sharing some beautiful words in Quechua, which is the second most spoken language in some Latin American countries; after Spanish. 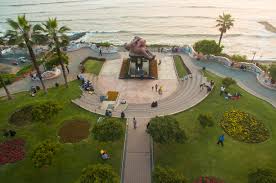 The UN declared 2019 the International Year of Indigenous Languages

It is estimated that 40% of the 6,700 languages which are spoken worldwide were endangered. The fact that most of them are indigenous languages jeopardizes the cultures and knowledge systems which they belong to.

Approaching this issue is crucial for indigenous communities because they represent a different worldview, they have a great and complex knowledge which has developed over the course of thousands of years thus being paramount for the culture and identity of indigenous nations.

In an attempt to collaborate with this recovery, we give you a list of some nice phrases so that you share them with your special person. Let’s celebrate love.

Munayki = I appreciate you.

Waynay = My boyfriend, my girlfriend.

Yanay = My boyfriend, my girlfriend.

Kuyanakusun = To love each other.

Wayllunakusun = To adore each other.

END_OF_DOCUMENT_TOKEN_TO_BE_REPLACED

We are ieb Translation Services

We thoroughly work to spread knowledge, diversity and cooperation, which are the essence of good communication. We believe translation is the art of saying the same in different ways. We are more...

END_OF_DOCUMENT_TOKEN_TO_BE_REPLACED

Lost in translation In these holidays, millions of tourists around the world travel through different destinations to look for the well-deserve rest and unique experiences. Language is no longer an issue to visit a place....