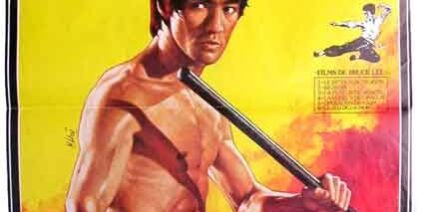 Most hilarious film titles: Classics, pot-boilers, industry tanks or horror and cult films. When it comes to titles different from the original ones, almost none is spared.

A good translation must be as close to the original text as possible, but there are cases in which the adaptation of the words is decided, and that is the case of movie titles, for reasons that have nothing to do with literalism.

The people in charge of changing movie titles in the film industry are the distributors within each country. And some of them have really made themselves unforgettable throughout movie history…

Get a comfy couch, some popcorn and enjoy these 5 examples selected for you.

Some translations of horror movies that are hilarious. The case of the cult film Braindead, which was translated as

Directed in 1992, by the multiple award winner Peter Jackson, director, screenwriter and producer of New Zealander films, specially known for having directed, produced and cowritten the film trilogy of The Lord of the Rings.

The bite of a rare ape turns the mother (Elizabeth Moody) of an incompetent young man (Timothy Balme) into a rabid being that causes a zombie epidemic in the 1957 Australia.

Yiaaa!, The Film that catapulted Bruce Lee into stardom in a worldwide known figure. The Big Boss, that is to say El gran jefe in Spanish, was translated into Spanish as Karate a Muerte en Bangkok.

Evidently, karate and muerte (death) sell a lot more than big and boss. What is incomprehensible about this title and its translations is that, as we all know, Bruce Lee is undoubtedly the big boss, but he is also a kung-fu world star, not a karate star.

MONTY PHYTON AND THE HOLY GRAIL

This classic  British film directed by Terry Gilliam and Terry Jones, both belonging to the famous group Monty Python, was released in 1975 under the original title of Monty Python and the Holy Grail, that is to say, Monty Python y el cáliz sagrado (in Spanish).

The classic film starred by Macaulay Culkin was translated into

Solo en casa in Spain, respecting the literal original title, and as Mi pobre angelito (My Poor Little Angel, in English) in the Latin American countries.

The American children’s film of 1990, directed by Chris Columbus, tells the story of a little boy who is left alone at his house by mistake.

The Fast & The Furious

Inspired in the Racer X film of the writer Ken Li, this is the first film of the series distributed by Universal Pictures which started in 2001; followed by nine sequels and two short films, which will end in the 20th anniversary of the franchise (2021).

In Latin America, a literal translation was made of the film, Los rápidos y los furiosos, which we must agree doesn’t sound very good, but that has not prevented it from becoming a true blockbuster. In Spain, the film that tells the story of a young police officer, Brian O’Conner (Paul Walker) at the service of the FBI, who infiltrates into the tuning world to uncover the illegal races of Dominic Toretto (Vin Diesel), was entitled A todo gas…

And you? What translation would you recommend? Write, comment and add your favorite title