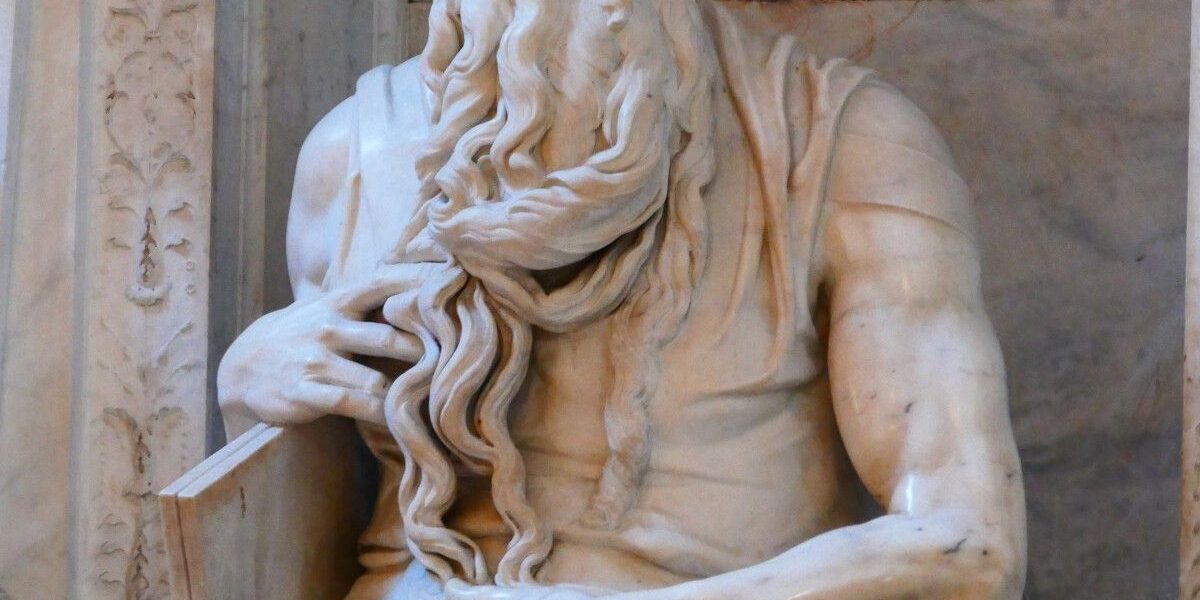 A translation mistake immortalized by Michelangelo

Both, art lovers as well as the tourists who arrive at the beautiful capital city of Italy, can enjoy some of the most famous and well-known works of art and sculptures of the world. In the center of Rome, in a quiet and secluded place, in Saint Peter’s Basilic in Vincoli (Saint Peter in chains) is located one of the most astonishing and majestic works of Michelangelo Buonarotti: the “Moses”.

The impressive white marble sculpture that was created between 1513 and 1515, recreates the biblical figure of Moses. Michelangelo believed that Moses was its most realistic creation. Legend has it, that even after finishing its work, Michelangelo tapped on the right knee of the statue and said to it: “Why won’t you talk to me?”, feeling that the only thing left to obtain from the marble was life itself. Michelangelo’s mark when tapping on the knee of his Moses can be found there. 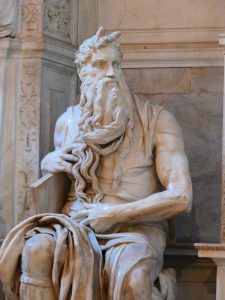 But few people know that due to a translation mistake, that realism used to describe the biblical figure, drags a mistake that, literally, crowns the great work. To sculpt Moses, Michelangelo read the sacred scriptures to base his work with the utmost rigor. What could go wrong? But he could be greatly mistaken and not exactly due to his domain of the chisel

The Moses shall be immortalized in Stone, as it can be seen up to this date, with horns on its head, when they should actually be rays of light. Jerónimo de Estridóno translated the Bible from Greek and Hebrew to Latin, by request of Pope Dámaso I (who gathered the first books of the Bible in the Council of Rome of the year 382 of the Christian era). The text is considered the single, authentic and official version of the Bible for the Latin Church, and it has been, until the enactment of the Neovulgata in 1979, the official biblical text for the Catholic Church. This version was the one Michelangelo took to sculpt its gigantic figure, which was initially thought for the tomb of Julio II.

The Exodus, the second book of the Bible, in its chapter 34, verse 29-35, narrates how Moses descended from Mount Sinai and how his head shone with rays of light.

The Hebrew expression “Keren or” referring to the Moses’ radiant face, was translated as “horns”. The word “lightening” in Hebrew also means “horns” and that’s where the problem arises. They are horns! When Saint Jerome translated the Old Testament into Latin he decided that no one but Christ, could have rays of light on the head. Therefore, he chose to go with the other meaning of the word and that is how Moses descended Mount Sinai with horns on his head.

In the last restoration of the “Moses” in 2017, the people in charge of that restoration, were in charge of giving back to the impressive figure the natural light it had when it was created. But, of course, the horns on Moses’ head, even when they should have been rays of light, will remain there immortalized in the marble.

Video of the restoration where the work can be appreciated.