Tongue-twisters around the world

You are here:
Sin Categoría 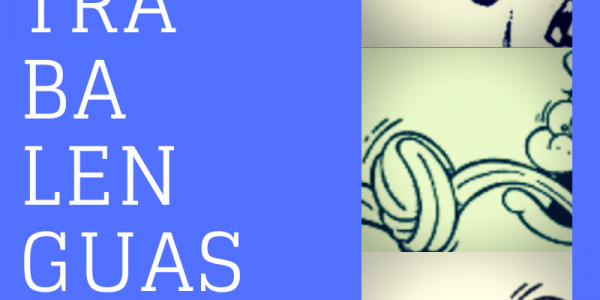 They have existed for centuries in all languages. Records show they were already used in ancient Greece. They are aimed at developing speed and clarity; they are generally used as exercise for children to achieve speed and clarity when speaking. A tongue-twister is a phrase or term the pronunciation of which is very complicated (and, therefore, they “tie” the tongue of the person who tries to express it).

The fun of tongue-twisters lies exactly in this capacity of literally tying the tongue of the person trying to recite it.

Tongue-twisters use words that require the same muscle movement to pronounce them, and that is where the brain gets “confused” and is “tied”.

Edward Chang, neuroscientists at the University of California, San Francisco, and his team clarified how the brain uses the muscles to organize sounds we utter through the mouth when we try to recite a tongue-twister, phrases or word plays that are hard to pronounce.

The team found that the brain seems to coordinate the articulation, not through phonemes, as it was initially thought, but based on the movement of the muscles involved in the pronunciation. The “p”, “s” or “t” come from the movement of the tip of the tongue, and the “m” or “b” from the lip movement. “This implies that tongue-twisters are difficult because the representations in the brain (over the muscles) are spliced”, commented Chang.

That is why every language has its own tongue-twisters thought for the exercise to work in accordance with the its characteristics.

Translating them will make us understand the meaning they convey but it would make it to completely miss its purpose.

Below, there are some examples that you can take as a challenge to loose your tongue in several languages, if you manage it not to get tied.

Whoever overcomes this challenge shall be an expert in pronouncing the “s” and “sc” sounds, very useful when speaking French correctly.